January 14, 2019 — Canadian rock outlaws The Wild! have announced a string of shows supporting Breaking Benjamin and Asking Alexandria in Western Canada this spring. The band will kick things off in Abbotsford on April 12 and wrap up in Dawson Creek a week later on April 20. Tickets are on sale Friday, January 18, 10:00 am, local time.

“We are really looking forward to knocking out arenas across Western Canada this spring with these bands,” says frontman Dylan Villain. “The timing of the tour is perfect for us to put some new music out as well. Don’t miss this tour when we roll through your town!”

The Wild! is coming off a massive 2018 touring circuit which included Canada, Europe, andthe U.S. with highlighted performances as Welcome to Rockville and Carolina Rebellion.

WILD AT HEART OUT NOW! 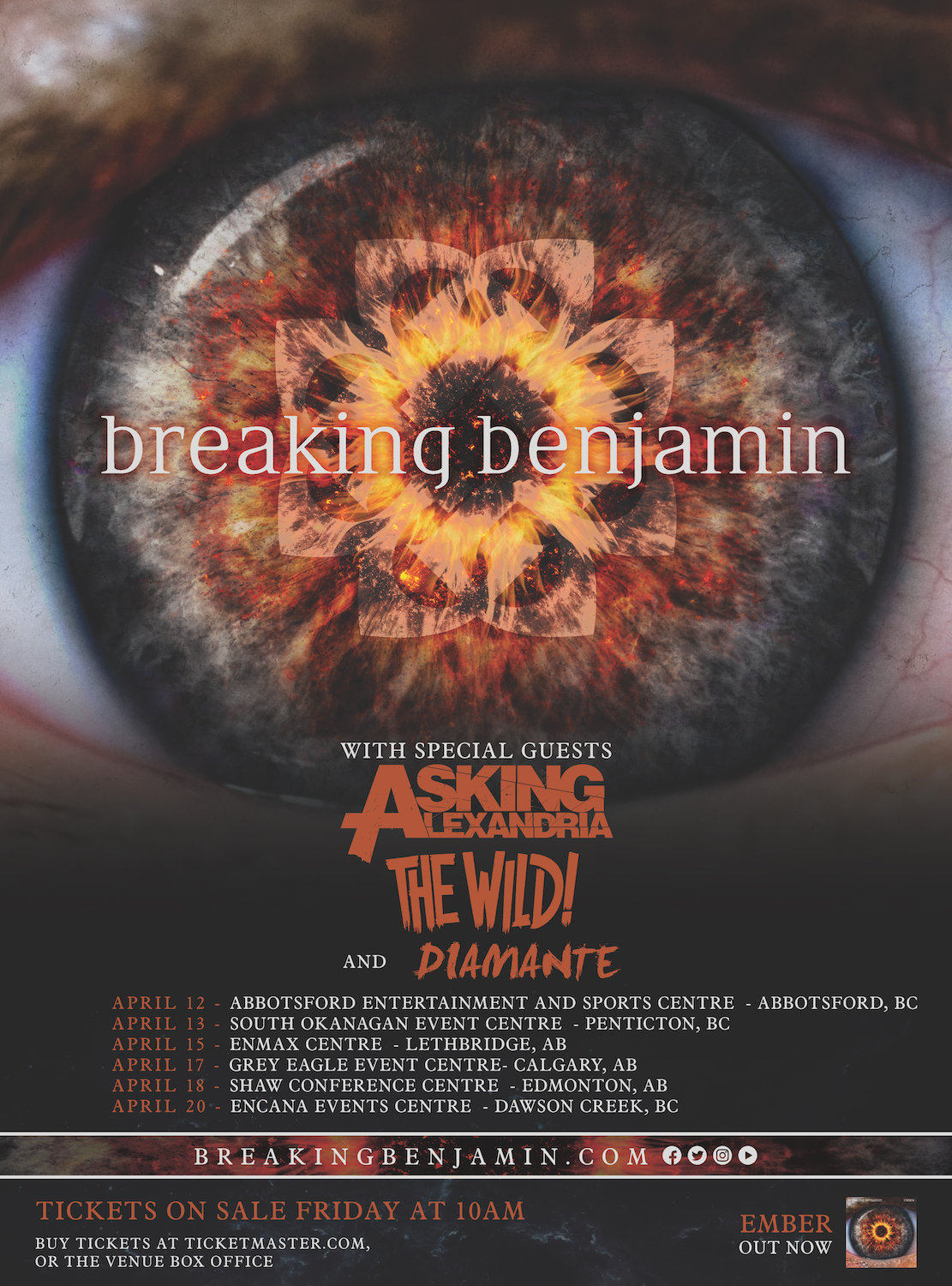 The Wild! released Wild At Heart in 2017 via Entertainment One. Produced by Mike Fraser (AC/DC, Metallica, Airbourne, Aerosmith) at Armoury Studios in Vancouver, Wild At Heart served as the follow-up to their debut EP GxDxWxB, which stands for "God Damn Wild Boys," that was released in 2015.

Welcome to Rockville 2022 Lineup is IN!!